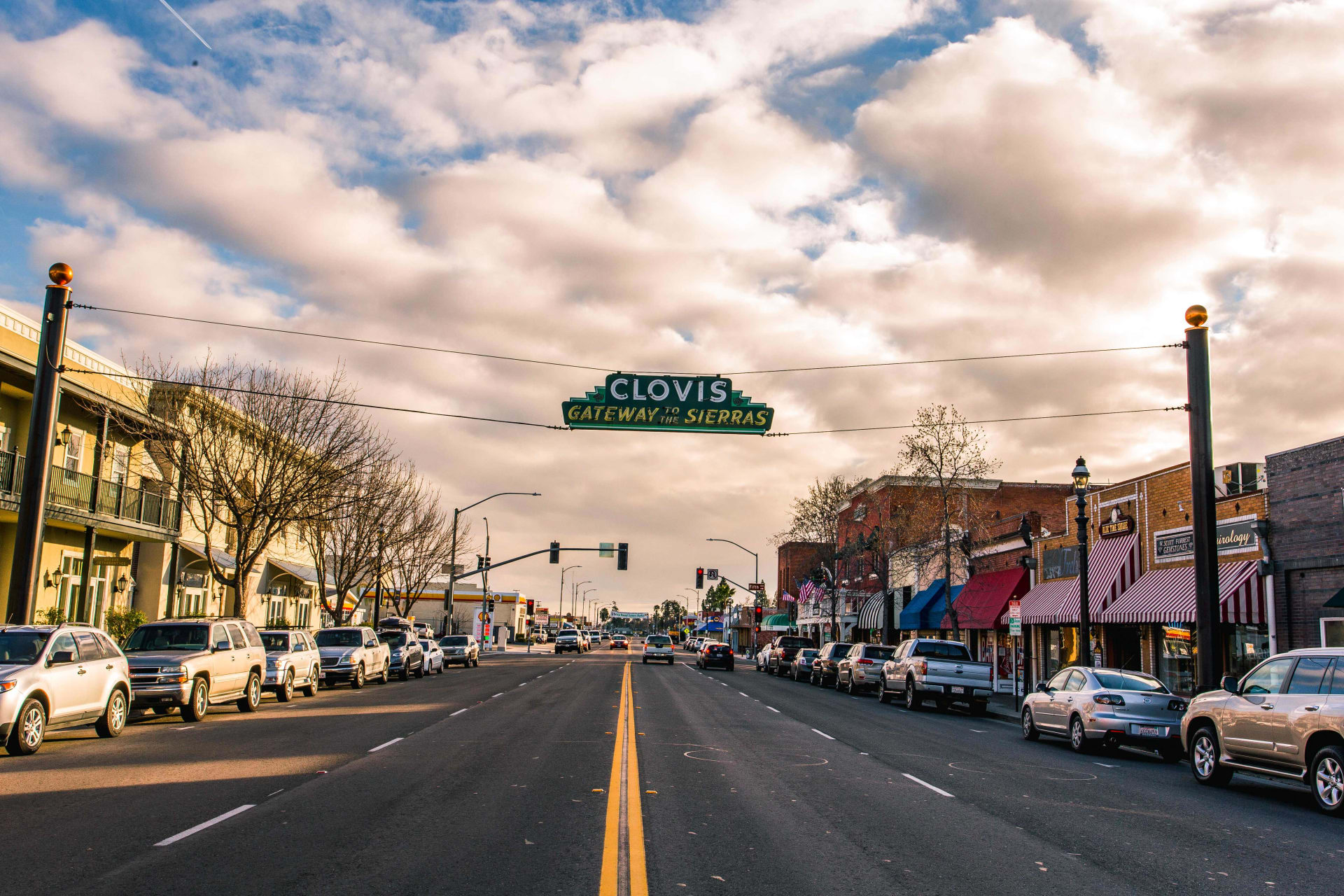 Located in the heart of the great San Joaquin Valley, in the Fresno-Clovis Metropolitan Area, Clovis is situated in the midst of the richest agricultural area in the world. Founded in 1891, and incorporated in 1912, Clovis has long been known as “a way of life.” Maybe it’s because of our rich western heritage. Or, maybe it’s because of the commitment of our City leaders who continue to plan and adapt to meet the needs of our present and future citizens. Or, maybe it’s the ability to grow while continuing to retain our unique small-town atmosphere (the city’s population has more than doubled since 1990, reaching the current level of approximately 115,000). Or, maybe it’s the value our citizens place on events, activities, attractions, adventure and fun. Whatever it is, it certainly is a “way of life.” We invite you to come and enjoy everything we have to offer. Welcome!

The city’s economic base consists of retail sales and services and light manufacturing. Availability of housing, quality hospital care, excellent schools with modern facilities, responsive safety services, a mild climate, access to varied recreational opportunities, and strong community identity all contribute to Clovis’ reputation as a great place to live.

HISTORY AT A GLANCE

The first thoughts of settlement by a non-native in the area are credited to Padre Martin, who explored the area in 1806 while searching for a mission site. Some of the first permanent settlers were gold rush miners of 1849, displacing the many Native American tribes settled in the foothills and near the rivers. As the gold ran out, they established small farms in the foothills. After the Civil War, large cattle grazing lands were developed. Several prominent families of that day currently have descendants still living in Clovis to this day.

The pioneer family of Stephen H. Cole arrived in the area in 1872. Two years later, Stephen gave his sixteen year old son, Clovis, four horses. Clovis used the horses to haul lumber from the timber rich Sierra Nevada. It was soon recognized that the grazing land on the valley’s floor would adapt well to dry grain farming, so Clovis M. Cole began to buy land to raise grain for feed and seed. He eventually farmed 50,000 acres and became known as the “Wheat King of the United States.” In 1880, he purchased 480 acres that would eventually become the City of Clovis.

As the railroad trusts began charging higher rates, Valley farmers sought an alternative to shipping their grains to market. In 1890, a 26 year old Chicago railroad developer named Marcus Pollasky and a group of prominent Fresno citizens raised more than $100,000 to build the independent San Joaquin Valley Railroad. The tracks extended from near downtown Fresno, north to Millerton (now Friant), and were planned to go on to Truckee and the world markets. Clovis Cole sold most of the land that would be used by the railroad, including a site for a depot. In 1891, just before the first tracks were laid, Pollasky and his investors founded the city and named it Clovis, after Clovis M. Cole.

The San Joaquin Valley Railroad was eventually purchased by the Southern Pacific Railroad and continued to operate profitably for decades.

At the same time the railroad was being constructed, a group of Michigan lumbermen began acquiring thousands of acres of timber in the mountains east of Clovis. Eventually, they built a dam on a creek and created Shaver Lake. From the foot of the dam, they built a 42-mile flume to carry timber to the Valley floor.

In 1894, the first school opened in the waiting room of the Tarpey Depot. The next year, Clovis’ first permanent schoolhouse was built on the northeast corner of 2nd and Pollasky.

In 1900, the Hoblitt Hotel was built on the northwest corner of Fourth and Pollasky, three stories in height and very attractive. It had a small lobby, a nice dining room and boasted a bathtub and a lavatory on each floor.

Today, several structures besides the Clovis Hotel still exist from the rough-and-tumble town that was Clovis at the turn of the 20th Century. We invite you to explore the rich history for yourself. Stop by the Clovis Tourism and Information Center at Tarpey Depot or download a Guide to Historical Sights.