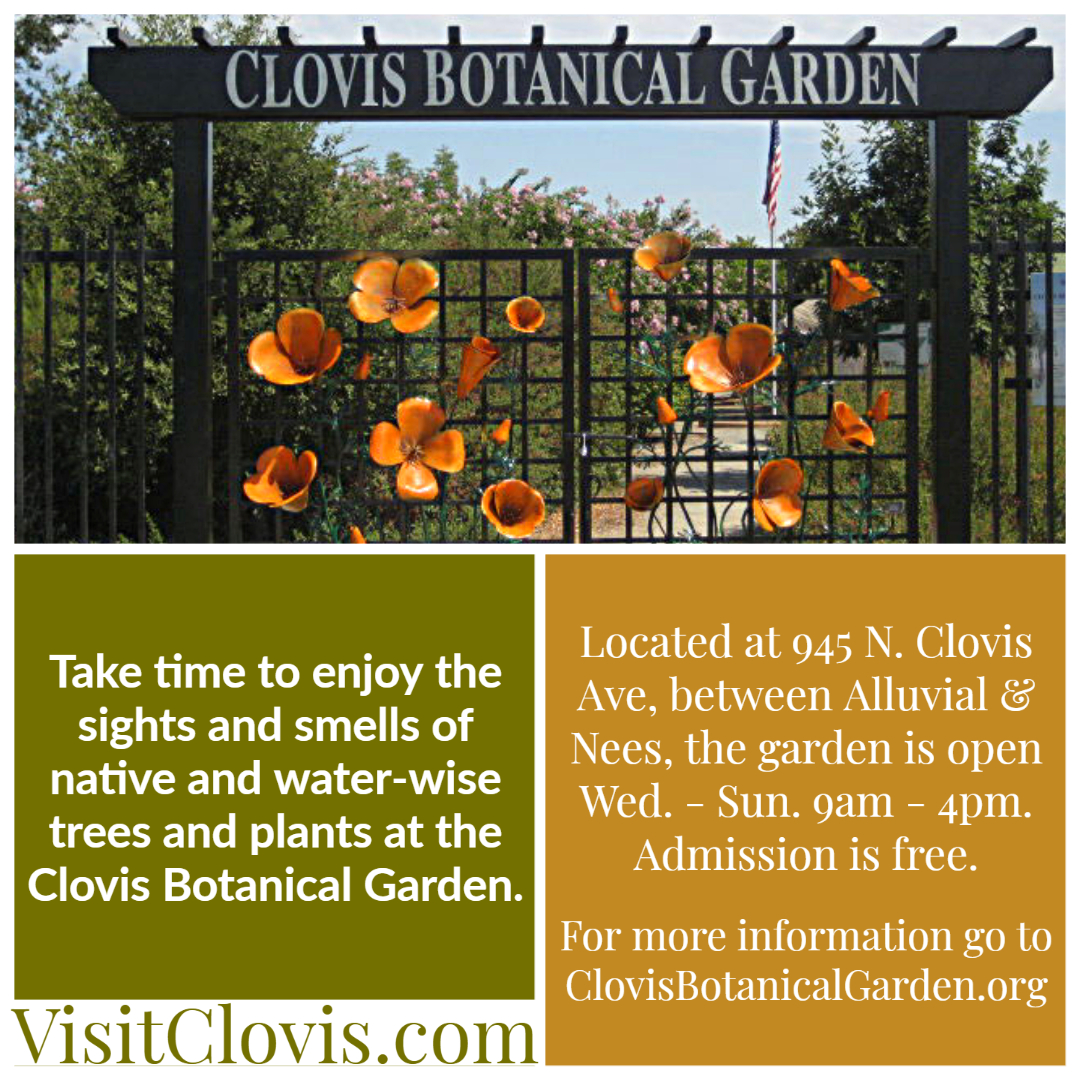 Take time to relax among native and water-wise plants and trees at the Clovis Botanical Garden. Located at 945 N. Clovis Avenue, between Alluvial & Nees, the garden is open Wednesday-Sunday, 9am-4pm and is free to the public. For more information go to ClovisBotanicalGarden.org

The Clovis Botanical Garden grew out of an idea presented to the Clovis City Council in 1993 by Gordon Russell. By 1995 legal non-profit status was granted to the Clovis Botanical Garden Committee, Inc. In 1998 a suitable site was located on Clovis city parkland. Then city council member Patricia Wynne and Planning Director John Wright suggested a one acre pilot project as a start. State Assemblyman Mike Briggs facilitated a state grant and ground was broken in March 2002. The California Garden Club planted the first tree, a valley oak, in November. It is called the Freedom Tree to commemorate 9/11/2001. In 2008, an increase in visitors, tours, and requests for events outgrew the available space and a plan for expanding to a four-acre garden was proposed. Broussard Associates Landscape Architects, provided landscape concepts while architect, William Blayney of HMC Architects, provided building concepts for the Visitor and Education Centers. The plans were approved by the Clovis city council in June 2011.