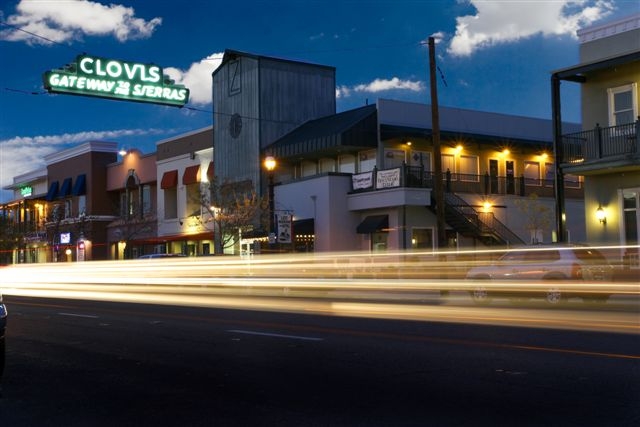 Although it constantly strives for a healthy future, Clovis is a city that always embraces its rich heritage.  It’s evident in Old Town, in building facades, in light poles and especially its art deco sign — complete with grammatical error — that hangs above Clovis Avenue.

Last summer, the “Gateway to the Sierras” sign was removed in order to install a pair of decorative poles between which the sign was re-hung.

“The old support structure was made up of a couple of old wooden telephone poles,” described Clovis’ City Engineer, Steve White.  “Who knows how long they had been there?”

Over the years, the wooden poles had begun to bow inward under the weight of the sign. 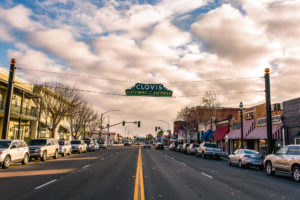 “About 20-years ago,” White explained, “the bowing got so bad that the city installed a secondary cable that pulled the east-side pole back and anchored it to another pole located behind Bobby Salazar’s.”  The new poles, made from half

inch steel, are anchored ten feet in the ground with concrete.  “These are designed to be permanent,” added White.

The sign’s origins date back to the 1920s.  A group of community-spirited citizens got together and created a wooden sign that announced Clovis as being the “Gateway to the Sierras”.

By the late 1930s, another group of citizens rallied together and raised the funds to build a replacement sign, one that would be top-of-the-line in the deco style, complete with neon lighting.  This one is certainly more familiar to Clovis residents and other folks that drive along Clovis Avenue.  It was built by a new company, Fresno Neon Sign Company.

Quite fittingly, when construction started on the new poles this summer, the sign was removed by Fresno Neon.  It was moved to their warehouse where it received a much-needed cleaning and check-up.

“It received a clean bill of health,” joked Bill Kratt, owner of Fresno Neon.  “It’s ready for another 70-years of service.”

Here are some interesting facts about the “Gateway to the Sierras” sign: 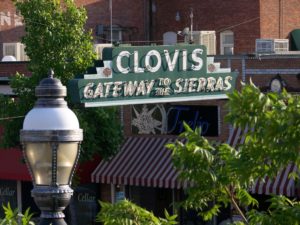 But, apparently, the slogan stuck.